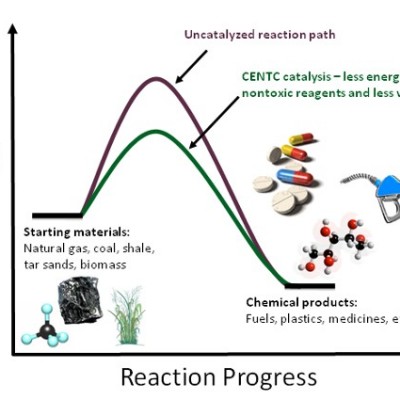 Catalysis is a wide and diverse field that attempts to emulate the exquisite function of Nature′s catalysts, enzymes. While conceptually catalysis has a uniform meaning, there can be metal catalysis, photocatalysis, organocatalysis. Catalyst allows the reaction to proceed via lower energy transition states, but the total free energy from reactants to products does not change. One attractive feature of catalysis is that the catalytic species is not consumed during the chemical transformation and is often re-used. These compounds effectively reduce costs and speed up production processes.

We advise you to use cookies on the site. Continuing browsing the site or clicking the OK button, you agree to the use of cookies. More information can be found here.