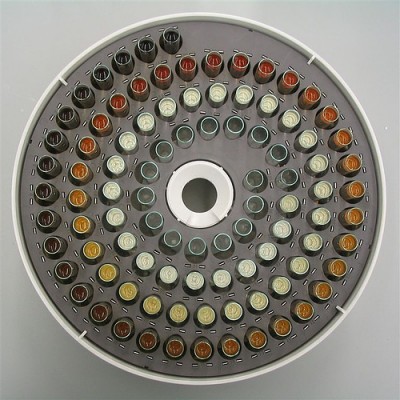 Chemical potential is a form of potential energy that can be absorbed or released during a chemical reaction and/or a phase transition. This physical property can be used to determine if a system is at a thermodynamic equilibrium. As such, it defines such aspects as melting point and boiling point, and can be used to characterize evaporation, solubility, osmosis and partition coefficient in liquid-liquid extractions and chromatography. Chemical potential and electric force constitute the electrochemical potential of ions.

We provide a wide range of lab furniture, tailored to what your organisation specializes in, from classic lab furniture to furniture for clean rooms or specialty research. When installing new laboratories, we plan all laboratory spaces in close collaboration with the equipment suppliers. For your business needs.
Continue to furniture

We provide laboratory equipment repair services, carry out the preparatory works for moving your equipment to a new location and prepare the essential infrastructure for the equipment delivery. We also offer long-term servicing agreements for the maintenance of your equipment. We carry out scheduled maintenance, repair, calibrate, and perform metrological scans. Trust your equipment with us, and you will not have to worry when something breaks.
Continue to services

We advise you to use cookies on the site. Continuing browsing the site or clicking the OK button, you agree to the use of cookies. More information can be found here.